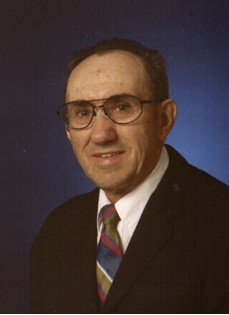 A memorial service will be held at 1 p.m. on Wednesday, Nov. 10, at Trinity Lutheran Church in Riverton.

Friedrich Adolph Harsch was born on Dec. 25, 1922, in rural McIntosh County, N.D., to Friedrich and Maria (Leno) Harsch, the youngest of nine children. His youth past spent on the family farm.

He married Hulda M. Ulrich on Dec. 18, 1949, in Ashley, N.D., and they made their home there until Mr. Harsch's job as a jugger on a mineral exploration seismograph crew took them to several states. They finally settled in Riverton in 1957.

Having learned electronics repair via correspondence course, Mr. Harsch worked as a repairman for Hoffman Electric before owning Electronic and Music Center in Riverton for several years.

His family said music was always a part of Mr. Harsch's life. He learned the accordion as a young man and played the instrument in combos and solo performances, often entertaining residents and guests at the Riverton Senior Center, Owl Creek Apartments, and in other venues. One combo, known as both The Jumping Jacks and The Keynotes, with trumpeter Harold Mattox, guitarist Ted Tanz, and drummer Everett Honeycutt, entertained Fremont County residents for nearly 30 years.

Mr. Harsch has been a member of Trinity Lutheran Church in Riverton since 1958.

He is survived by his wife, Hulda of Riverton; sons, Clinton Harsch and his wife Janna of Greenwood, Neb., and Robert Harsch of Missoula, Mont.; daughter, Susan Bratrsovsky and her husband Richard of Tioga, N.D.; numerous nieces and nephews.