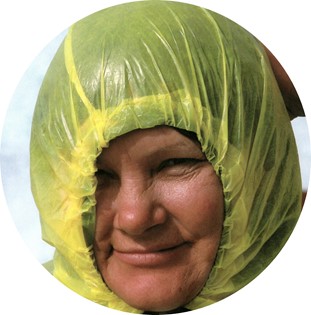 Sue was born October 2, 1958, in Riverton, WY. She was raised in the Crowheart and Kinnear areas. She was the daughter of Charles Henry and Isabelle (Erickson) Murphy.

She graduated from Wind River High School in 1977. Upon graduation she moved to Rapid City, S.D. to attend National College of Business for Hospitality Management. She also attended Wyoming Technical Institute in Laramie, WY for automotive upholstery. She was the first woman to attend Wyo Tech. In 1980 she met Harry Ostertag of Philadelphia, PA in Gillette, WY. They were married on September 17th, 1983 at St. Matthews Catholic Church in Gillette.

Mrs. Ostertag worked for over 27 years in the food service industry in Gillette and Laramie. She also worked five years as a roughneck for Exeter Drilling, SST Drilling, Cyclone Drilling and White Rhino Drilling in Gillette, Wamsutter, Big Piney and Riverton and Rifle, CO. It was said that she could make the drainage ditcher run uphill. She was currently a homemaker.

She was a member of the Eagles in Laramie, WY.

Sue was the youngest of 12 children.

She was preceded in death by her parents, Brothers, Richard and Chester Murphy and her sister, Virginia Murphy Madman of Browning, Montana.