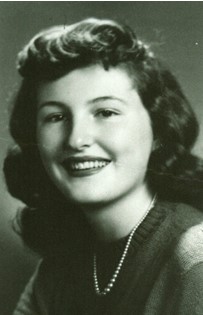 According to her wishes, cremation has taken place and there will be a private family service.

A celebration of life for Wyoming family and friends will be at 5 p.m. Thursday, Aug. 23, at the Sundowner Station in Riverton.

Patricia Sixberry was born in Casper on Sept. 18, 1930, to Arthur and Marcella (Kerr) Sixberry. Her early years were spent in Casper and then the family moved to Bremerton Wash., where she was graduated from high school in 1948. She attended Olympic College.

During that time, she was employed by the Bremerton Housing Authority.

Upon returning to Wyoming in the summer months, she was employed by General Petroleum in Casper.

She married John Rate Stewart on June 30, 1952. They made their home in Lysite where they were engaged in the livestock business and had three children.

Upon her husband's death, Mrs. Stewart split her living between Wyoming and Seabeck, Wash.

Her family said one of Mrs. Stewart's greatest joys was the view of the Puget Sound Peninsula from her home at Seabeck.

Her interests included traveling, history, reading, cooking, horticulture, and spending time with her family, who appreciated the knowledge and humor she shared with them.

Survivors include one son, John Stewart and his wife Denise of Kingston, Wash.; daughters, Marcie Stewart of Shoshoni, and Debbie Herbst and her husband Al of Lysite; a sister, Margaret of Port Orchard, Wash.; three grandchildren, Shannon, Cody, and Brenda.

She was preceded in death by her husband, John, in 1968, her parents, and one brother.

Memorials may be made to the Foundation for Sarcoidosis Research, 122 South Michigan Avenue, Suite 1700, Chicago, Ill., 60603.