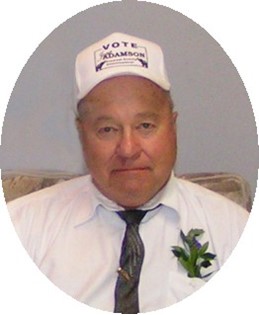 Guestbook 9
Robert F. Lucas of Hudson died on Monday morning Nov. 22, 2010 at the Wyoming Medical Center in Casper. He was 76.

Viewing will be from 1 to 2 p.m. on Friday, Nov. 26, at the Davis Funeral Home of Riverton. Cremation will follow. Memorial services and inurnment will be held in Hudson next spring.

Robert Frank Lucas was born in Lander on July 17, 1934, the son of Vasile and Marie (Carr) Lucas, and raised on a ranch in Red Canyon of Fremont County. There he attended elementary school and later attended Fremont County Vocational High School in Lander, graduating in 1953.

In school, his family said he began an early love for bees and learned to raise them as a 4-H project. While living at home with his parents he ranched and later worked as a mountain guide, cowboy, and ranch hand in the Wind River Mountains in the Dubois area.

The family said his love for the outdoors and hunting would remain throughout his life, teaching his children to hunt and fish and spending many nights camping with his family.

With four children of his own, Mr. Lucas was interested in education and was elected a member of the school board where he went on to serve a total of 24 years in both the Hudson and Lander school districts.

He served for a few years as mayor after being elected as a Hudson town council member. He also volunteered on the fire department for the Town of Hudson. He served on the Fremont County Solid Waste Board and remained an active participant in the community. He was a Shriner, member of the Order of the Eastern Star, and long time member of the Masonic Lodge.

He was a member of the Church of Jesus Christ of Latter-day Saints.

After working on ranches in the Dubois area, Mr. Lucas moved his family to the Hudson area in 1963 and began work at U.S. Steel mine at Atlantic City. He trained as an electrician and plumber. He was later licensed as a master in both trades. Mr. Lucas mentored many people in those trades until the last few years of his life.

He worked at the U.S. Steel taconite mine for 20 years, and then took a job as the physical plant manager for the Fremont County School District 1 in Lander. He retired in 1995 and pursued his love for beekeeping. His family said he also enjoyed tinkering with old John Deere tractors.

He is survived by his wife of 56 years, Margaret Lucas; their four children, Dave Lucas, Ruth Lucas, Clark Lucas, and Steven Lucas; grandchildren, Vincent and Emjay Lucas; his brother, Clarke Lucas, and sister, Eileen Palmer and her two sons, Josh and Lucas.

He was preceded in death by his parents, Vasile and Marie Lucas, and a brother, Vasile John Lucas.