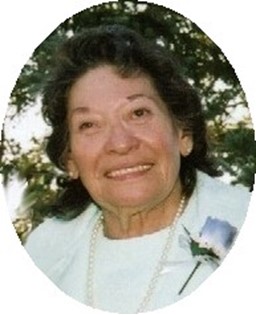 Cremation has taken place. Memorial services will be held at a later date.

Marie Ann Maxwell was born in Fort Garland, Colo., on April 24, 1932, the daughter of Peter Menard Maxwell and Leona Tino (Salazar) Maxwell. She attended parochial elementary school for three years and then public school in Fort Garland and Casper.

She married Martin Martinez in 1947 and later married Donald Jones in Cody in February of 1971.

Mrs. Jones was a business owner and waitress.

She had lived in Thermopolis, Casper, Riverton, and Shoshoni.

She was of the Catholic faith and belonged to the Lions Club.

Her family said Mrs. Jones enjoyed people, music, painting, dancing, reading, her grandchildren, and fostered many children in her home throughout the years.

Memorials may be made to Help for Health Hospice, in care of the Davis Funeral Home of Riverton, 2203 West Main, Riverton, WY 82501.