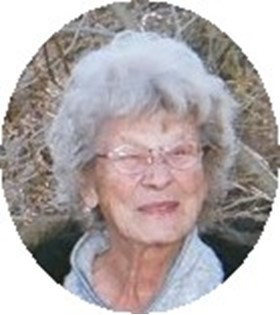 Dorothy Louise Henry was born in North Vernon, Ind., on Sept. 21, 1916, the daughter of Carl and Anna B. Henry. She attended elementary and high School in North Vernon and her Bachelor of Arts at God's Bible School in Cincinnati, Ohio, and Fort Hays State College in Kansas. She received her Master of Science in library science from Denver University.

She lived in North Vernon, Indiana for 17 years, In Cincinnati, Ohio, for four years, Hollenberg, Morrowville, and Hadden, Kan., for 25 years, in Calhan, Colo., for three years, Laurel, Great Falls, and Missoula, Mont., for over 15 years, and in the Riverton and Lander area for the past 35 years.

She was a Protestant and member of the United Methodist faith, where her husband was a pastor.

Mrs. Vernon taught school in Kansas and Colorado, and was librarian at Central Wyoming College and St. Stephen's School.

She bowled in the Riverton Women's League for five years and her family said she enjoyed reading, sewing, and traveling.

She was preceded in death by her husband, the Rev. J. Holland Vernon on Nov. 10, 2009; her parents, Anna and Carl Henry; brothers, Carl, Lawrence, and Lester Henry, and her sister, Ida Henry Bennett.

Memorials may be made to the United Methodist Church or Little Wind/Amedisys Hospice, in care of the Davis Funeral Home, 2203 West Main, Riverton, WY 82501.