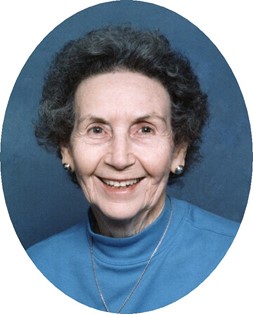 Delphine F. Ford was born on May 23, 1925 in Greenville, S.C. to Benjamin Christopher and Dora K. (Kelly) Ford. She grew up and was graduated from high school in Greenville.

She met Maury Henry Daubin while he was in military service. They were married on Aug. 9, 1949 in Greenville. They were stationed at various Air Force Bases in Alabama, Washington, D.C., England, California, and Texas. They moved to California following Mr. Daubin’s retirement from the Air Force in 1968.

Delphine moved to Riverton in 2002 to be close to family due to her declining health.

Delphine was a loving wife and mother, devoting most of her time to her family. She spent many years caring for her in-laws and then her husband in his later years.

She is survived by two sons, Maurice Daubin and his wife Linda of Casper, and Chris E. Daubin and his wife Maggie of Riverton; four grandchildren, Robert, Daniel, Chris, and Shannon; a sister, Josephine Martilla Loucks of Las Cruces, N.M.; numerous nieces and nephews.

She was preceded in death by her parents; her husband, Maurice; one brother, and five sisters.