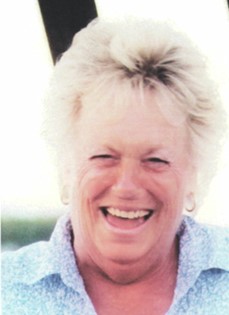 Guestbook 34
Judy D. Baty died at her home in Riverton early Thursday morning, Jan. 6, 2011, at the age of 63, following a battle with cancer.

Funeral services are at 11 a.m. on Monday, Jan.10, 2011 at the Davis Funeral Home of Riverton with the Rev. Aaron Justice officiating.

Interment follows at Mountain View Cemetery in Riverton. Visitation for family and friends will be held from 2:00 to 4:00 p.m. on Sunday, Jan 9, 2011 at Davis Funeral Home.

Mrs. Baty was the owner of the Sundowner Station in Riverton, having started as a housekeeper in 1978 and advanced to owner/manager by 1992.

Survivors include her husband, Butch Baty of Riverton; daughter Tera Bauer and her Husband Doug and their children, Tiffani and Shawn Weber, Trista Bauer and Tasha Bauer; a son, Bryan Cruikshank and his wife Gayla and their children, Darcy and Codi Grace Cruikshank; daughter, D’Anna Powell and her husband Adam and their son, Ty Cantrell, the six grandchildren and two great grandchildren, Emmi Weber and Halli Weber; her mother, Ruth Cone; a sister, Linda Fuller; numerous nieces and nephews.

She was preceded in death by her father, Dick Cone; a sister, Mary Lou Bleier; a great granddaughter, Kyler Weber, and uncle, Frank Cone.

Memorials may be made to the Help For Health Bus or Tough Enough Cancer Fund, through the Davis Funeral Home, 2203 West Main Street, Riverton WY 82501.