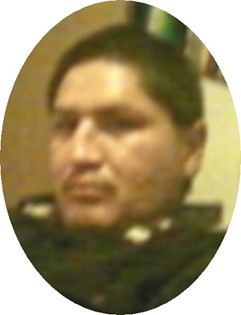 Funeral services are at 10 a.m. on Saturday, Jan. 15, at St. Stephen's Catholic Church. Burial will follow at Arapaho Catholic Cemetery at St. Stephen's. A rosary and wake will be Thursday evening, Jan. 13, at the home of Lynelle Shakespeare, 163 Givens Road. A second rosary will be at 7 p.m. on Friday, Jan. 14, at Great Plains Hall with a wake to follow at the home of his mother, Claudine M. Trumbull, 26 E. Great Plains Road.

Saul Thomas "Uncle Red" SunRhodes was born in Riverton on Dec. 4, 1984, the son of Peter "Stoney" Blackburn and Claudean M. Trumbull. He attended Arapahoe Elementary School and Riverton High School, earning his GED. He lived most of his life on the Wind River Indian Reservation.

Mr. SunRhodes was of the Catholic faith and attended traditional sweats.

He was a member of the Sho-Rap firefighters, working with the camp crew and in fir fighting. He also worked security and on the clean-up crew for the Northern Arapaho sundance. His family said Mr. SunRhodes liked to ride horses, play basketball, enjoyed spending time with his nieces and nephews, playing card, especially Yahtzee, and playing dice.