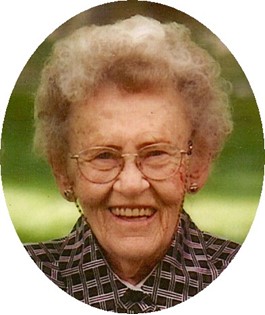 A rosary was Monday evening Jan. 17, 2011 at St. Margaret's Catholic Church in Riverton. Interment will be in the Rawlins Cemetery in the spring.

Ruth Lydia Clawson was born in Ackley, Iowa, on Jan. 7, 1914, the daughter of Fred and Lydia (Baurer) Clawson. She was graduated from Ackley High School with the Class of 1933.

She was of the Catholic faith and her family said she enjoyed sewing, reading, playing cards, especially bridge, and visiting with family and friends.

Memorials may be made to the Help for Health Bus, in care of the Davis Funeral Home, 2203 West Main Street, Riverton, WY 82501.