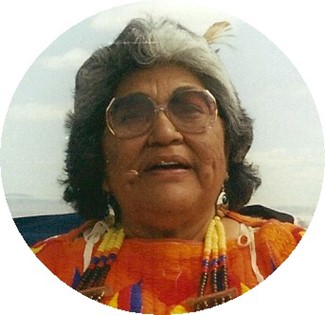 She attended schools in Crowheart and Dubois and also attended CWC.

She worked as a bus driver for Headstart, as a CNA, Public Health Outreach worker, Community Health Representative for 25 years and was the 2010 Census Enumerator.

She is a member of the Wind River Lutheran Church. She was a participant in the Shoshonean Reunion, One Shot Antelope Hunt and the Gift of the Waters. Mrs. Big Knife was also a member of the Eastern Shoshone Tribe.

On-line obituaries are available and condolences for the family may be made to: thedavisfuneralhome.com Services are under the direction of the Davis Funeral Home in Riverton.