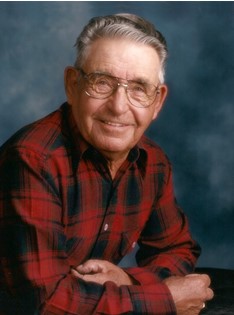 Funeral services for Ralph E. "Pat" Kniffin, Sr., of rural Lander are at 2 p.m. on Friday, Feb. 4, at the Davis Funeral Home of Riverton. The Rev. Father Anthony Blount, SOLT officiates. Committal is by the Lander and Fort Washakie military honor guards.

A carry-in dinner follows at the VFW Hall in Lander.

Ralph E. Kniffin was born in Fort Hall, Idaho, on March 17, 1918, the son of Phillip and Christine (LaVatta) Kniffin. He was a member of the Western Shoshone Bannock tribe.

He grew up in Fort Hall, Idaho, attending school in Riverside, Calif.

Mr. Kniffin served with the U.S. Army, enlisting the day after Pearl Harbor He served in the Black Hawk Army Division with the Military Police in Germany with Platoon 86th Infantry Division. He was honorably discharged on Oct 6, 1945.

He came to Wyoming on a cattle drive and started rodeoing. He met his future wife, Eva O'Neal, in Lander and they were married in Thermopolis on June 19, 1945.

Mr. Kniffin was a cowboy and rancher, running horses and operating the Bar EK and P Spear Ranch in the Boulder Flats area.

His family said his ranch was Mr. Kniffin's life-long hobby. They said he loved horses, was a pick-up man for rodeos, and ran rodeo stock. Mr. and Mrs. Kniffin were Honorary Parade Marshal's for the Pioneer Days Rodeo in 1999. The family said Mr. Kniffin also liked to hunt big game, fish, and had a passion for the mountains.

He was a member of St. Joseph's Catholic Church at Ethete and a member of the American Legion, a life-member of the Veterans of Foreign Wars Post in Lander, past member of the B.P.O. Elks Lodge in Lander. He organized the Richard Pogue VFW Post 81 Horse Honor Guard, which participated in parades and rodeos throughout the state.