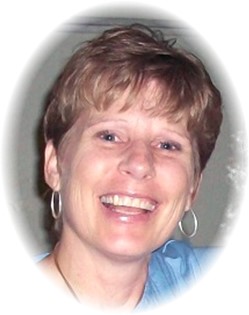 Mrs. Townsley died early Wednesday morning, Feb. 9, 2011, at the Help for Health Hospice Home in Riverton. She was 48.

Brenda Jean Appelhance was born in Riverton on Aug. 24, 1962, the daughter of Raymond Joseph Appelhance and Beverly Marie (Stone) Appelhance.

She attended the International Air Academy in Vancouver, Wash., had lived in Colorado, Washington, Georgia, Florida, and in Riverton for the past 43 years.

On July 3, 2004, she married Michael Townsley at the Headwaters Center in Dubois.

Mrs. Townsley was of the Catholic faith and her family said she practiced regular prayer. They said she enjoyed watching rodeos, camping, and four-wheeling.

She worked at Woodward's IGA, for CUC Travel Service in Denver, Colo., at Meadowbrook Nursing and Rehab in George, in homecare in Riverton and Lander, and in sales for Tweed's Wholesale of Riverton.

She was preceded in death by her grandparents, Vern and Marguerite Stone and Joe and Rachel Appelhance.

Memorials may be made to Little Wind Hospice, Help For Health Hospice, or St. Margaret’s Catholic Church, in care of the Davis Funeral Home, 2203 West Main Street, Riverton, WY 82501.