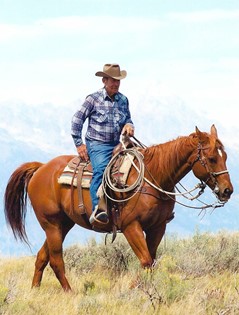 Guestbook 19
Boyd David Whitman died on Sunday, February 13, 2011, at his home in rural Riverton. Graveside services will be held at 1:00 p.m. Wednesday, Feb. 23, at Viola Cemetery near La Barge, Wyoming Boyd was born October 3, 1940, in Kemmerer, Wyoming to Bruce Douglas and Frances Amonda (Davidson) Whitman. He grew up on and worked on ranches in the Big Piney area until he got married in 1968 to Carolyn M Thompson. They moved immediately to Riverton, Wyoming, where he became a brand inspector, a position he held for the next 38 years. He purchased a ranch to raise his family, and in that process was instrumental in nurturing uncounted youths in Fremont County. His home was always a safe haven for those in need, be that emotional, physical or material help. He took in strays of all kinds, be they two legged or four legged, and he loved them all.

Boyd was preceded in death by his parents, Bruce and Frances Whitman, brothers Charles (infant) and Nelson Whitman, nephew Ian Corlett, brother-in-law Mike Corlett and niece Sari Darrington. In lieu of flowers, donations may be made to the Juvenile Diabetes Research Foundation or other charity of your choice in care of Davis Funeral Home.