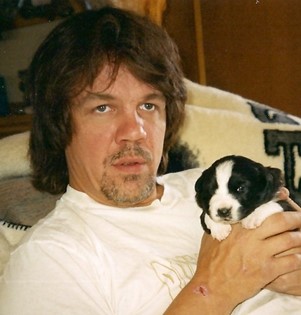 He moved from Chicago to Dubois in 2000, and then to Riverton in 2007. He enjoyed living near the Wyoming Mountains.

Mr. Sobke had worked as a plumber for Mid Western Mechanical and helped various Riverton business owners with carpentry projects. In addition to being a mechanic and carpenter, Mr. Sobke also enjoyed working on cars and various projects.

His family described him as a Jack-of-all-trades. They said he was very close to his mother; and had been taking care of her.

He is survived by a son, Cody Sobke, and two daughters, Jaimie Sobke and Brittany Sobke, all of Illinois; a grandchild, Nevaeh; his mother, Irene Sobko of Riverton; a brother, Bruce Sobko and his wife Mary Ann of Springfield, Ill.; a sister, Janet Watson of Bourbonnias, Ill., and many friends.

He was preceded in death by his father, Albin, and a brother, James Sobko.