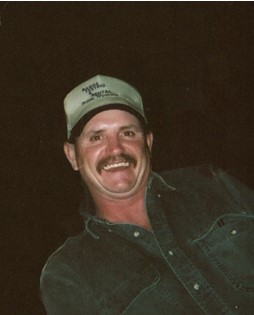 Guestbook 0
Funeral services for Gregory W.M. Keele of Riverton will be at 2 p.m. Tuesday, April 10, at the Davis Funeral Home of Riverton. Mr. Keele died at his rural Riverton home Thursday afternoon, April 5, 2007, at the age of 44. Gregory Wynn Morse Keele was born in Evanston on Feb. 21, 1963, the son of Brant Keele and Connie Maxine (Meeks) Keele. He had lived in Riverton all his life and was graduated from Riverton High School with the Class of 1982. In high school, he participated in FFA. He had spent most of his career working as a truck driver in the oil fields. On July 1, 2004, he married Karlee Larsen in Riverton. His family said he enjoyed hunting and fishing, was very artistic, enjoyed playing the guitar, rock hunting, loved the outdoors, enjoyed making knives, participating in rodeos, loved horses, and enjoyed his friends, family, nieces and nephews. Survivors include sons, Beau, age 2, and Robert, age 11; his companion, Susan Reinick; father, Brant Keele; brothers, Gary Hagerman of Riverton; Donald Hagerman of Colorado, Kevin Keele and his wife Cynthia of Riverton, and Scott Keele, of Riverton; a brother-in-law, Mike Thompson of Riverton; sisters, Kerrie Minick of Arizona, Sandee Thompson of Riverton, Tiffany Stauffenberg and her husband Serol of Riverton; numerous nieces and nephews. He was preceded in death by his mother, Connie Keele; grandparents, and a brother, Brian Keele. Services are under the direction of the Davis Funeral Home of Riverton.