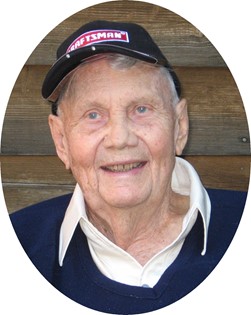 A viewing will be held from 6 to 8 p.m. on Wednesday, Feb. 23, at the Davis Funeral Home of Riverton.

A graveside service will be held at 10 a.m. on Thursday Feb. 24, at Mountain View Cemetery in Riverton with military honors. A Celebration of his life and reception will follow at the VFW in Riverton from 11 a.m. to 2 p.m.

He attended the University of Nebraska, earning a degree in business.

He met his future wife, Frances Farnsworth, while attending the university. They were married on Aug. 27, 1949, in Riverton.

The couple settled in Riverton in 1950 making this their home together until Dec. 7, 1984 when Mrs. Kelliher died.

Mr. Kelliher acquired Farnsworth Insurance Company in Riverton where he grew an already successful business until he retired in 1988. During his career, he was appointed, in 1973, to the Wyoming State Board of Insurance Agent's Examiners. He was a member of the B.P.O. Elks Lodge, Lions Club, Kiwanis Club, and Chamber of Commerce. In addition, he was a 3rd degree Mason and member of the Shine Club. Later in life, following a diagnosis of macular degeneration, Mr. Kelliher served on the board of directors for the Wyoming Council of the Blind.

His family said Mr. Kelliher developed and maintained close friendships throughout his life and enjoyed living in Riverton, traveling, and sharing memories with family and friends. He was also an avid golfer, loved photography, model trains and snow skiing.

Memorials may be made to the Wyoming Council of the Blind, in care of the Davis Funeral Home, 2203 West Main Street, Riverton, WY 82501.