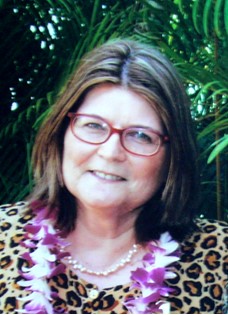 Funeral services are at 2 p.m. on Friday, Feb. 25, at the First Baptist Church of Riverton. The Rev. Rex Whitman officiates. Cremation will follow.

Betty Jean Seeman was born in West Point, Neb., on Jan. 31, 1952, the daughter of Edwin Peter Seeman and Magdalen Johanna (Goeken) Seeman. She grew up in West Point and was graduated from West Point Central Catholic High School.

Mrs. Nelson was a homemaker, having married Larry William Nelson on Feb. 20, 1971, in West Point.

The couple moved to Blair, Neb., and came to Riverton from Blair in 1976.

Mrs. Nelson was a Born Again Christian and attended the Neighborhood Alliance Church.

She did volunteer counseling at the Abba's House crisis pregnancy center in Riverton.

For many years, she taught Awanas and Vacation Bible School. Her family said she enjoyed scrapbooking, crafts, quilting, cooking, baking, going to garage sales, collecting antiques, watching birds, vacationing in Hawaii, and spending time with her family and grandchildren.

She was preceded in death by a daughter, Susan Marie Nelson; her father, Edwin Seeman; a brother, Johnny; a sister, Nancy.

Memorials may be made to the Riverton Abbas House, in care of the Davis Funeral Home, 2203 West Main Street, Riverton WY 82501.