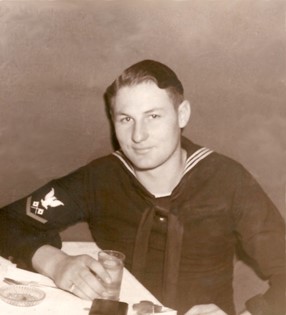 Guestbook 2
Loren L. Walrod of Riverton died at the Help for Health Hospice Home in Riverton on Monday, March 7, 2011, at the age of 84. Cremation has taken place and military graveside memorial rites and inurnment will be at 2 p.m. on Friday, April 15, at Mountain View Cemetery in Riverton. Loren Leslie Walrod was born in Savery, Wyo., on July 17, 1926, the son of Leslie Oren Walrod and Marie (Moser) Walrod. He lived in boyhood and as a young man in the Little Snake River country, being graduated from the Baggs High School. Mr. Walrod was a military veteran of World War II, having joined the U.S. Navy in 1943. He served as a signalman aboard the USS Rotanin in the South Pacific. He married Winifred Bowlsby on March 31, 1956, in Bondurant. After marriage, he spent some time in New Mexico, two years in Utah, and most of the time in Wyoming Mr. Walrod worked in construction as a master mechanic and heavy equipment operator. He was also a water well driller, farmer, and truck driver. His family said he enjoyed camping, hunting, fishing, and spending time with his family. Mr. Walrod was of the Methodist faith. He was a member of the Veterans of Foreign Wars, American Legion, B.P.O. Elks Lodge, and Independent Order of Odd Fellows. Survivors include his wife, Winifred Bowlsby Walrod of Riverton; a son, David Walrod; daughter, Sylvia Stone and her husband Greg; grandchildren, Bryan Stone and his wife Kristen, and Michael Stone; great grandson, Kenneth Stone; sisters, Ruth Cattoor and Agnes Jones. He was preceded in death by his parents; a son, Leslie Walrod, and a sister, Sarah Bailey. Memorials may be made to the Help for Health Hospice Home in care of the Davis Funeral Home, 2203 West Main Street, Riverton, WY 82501. On-line obituaries are available and condolences for the family may be made at: theDavisFuneralHome.com Services are under the direction of the Davis Funeral Home of Riverton.