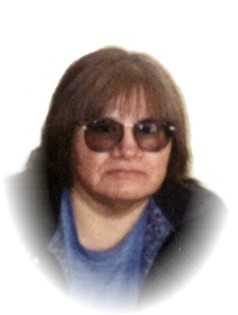 Alberta C’Hair was born in Riverton on June 6, 1955, the daughter of John and Amelia Nina (Hardman) C’Hair. She attended elementary school at St. Stephens and high school in Chilocco, Okla., Wyoming Indian High School at Ethete, and Rosebud, S.D.

She married Claude Lee Duran, Sr., in Lander on Oct. 7, 1992, and lived most of her life on the Wind River Reservation at Arapahoe, on the Arapaho Ranch, and in St. Paul, Minn.

Mrs. Duran was a housewife and a teacher’s aide at St. Stephen’s and the Arapahoe School.

Her family said Mrs. Duran liked to go to the casino, be with her children, grandchildren, nieces, and nephews, go to the sundance, attend peyote meetings and sweats and attend basketball games.