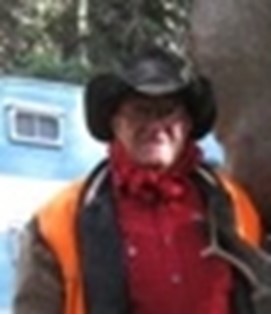 Guestbook 12
Funeral services for William C. "Bill" Lyons of rural Riverton are at 2 p.m. on Wednesday, March 23, at the Davis Funeral Home of Riverton. Cremation will follow the service. There will be a public viewing from 5 to 7 p.m. on Tuesday, March 22, at the funeral home.

William Clair Lyons was born on the family homestead on North Paradise Valley out of Riverton on Jan. 22, 1941, the son of Francis and Maude (Haney) Lyons. He attended the Pavillion elementary school.

At the age of 13, he started traveling Wyoming and Nebraska, working ranches and rodeoing. He met Joyce Ann Smith in Nebraska and they were married on Aug. 20, 1961, in Brownlee, Neb. The couple settled in South Dakota where they owned a dairy farm. They returned to Wyoming in January of 1978.

In addition to working as a cowboy for many years on the ranches of Wyoming and Nebraska, when the family relocated to Riverton Mr. Lyons worked in the oilfields from 1978 until the late 1980s. He then worked at Per Tec for 15 years.

His family said he enjoyed working with horses, hunting, and his grandchildren and family.

He was preceded in death by his brothers, Bud and Jim; sister, Virginia, and granddaughter, Shaylyn Lyons.