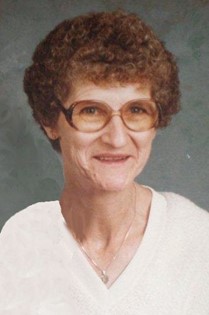 Edna Audry Busby was born in Pringle, S.D., on April 6, 1924, the daughter of Charles and Della (Anderson) Busby. She grew up in Busby Canyon, S.D.

She married Clayton VanHouten in South Dakota on Dec. 2, 1940.

Mrs. VanHouten was a cook in the food service industry, working for various local restaurants and handling the concession stand at the Riverton stock car races. She also worked as a dog groomer.

Her family said Mrs. VanHouten was an avid bowler, loved to knit and crochet, was always cooking and passed on her skill and recipes to her family, did volunteer baking for school events, the senior center, and golf club tournaments, and always had pets.

She was preceded in death by her parents, her husband, three sisters, and three brothers.