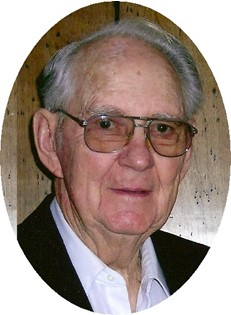 Guestbook 7
Billy Bob Pierce, a long-time Riverton jeweler, died at his home in Riverton on Friday morning, April 1, 2011. He was 84.

Viewing was Sunday evening, April 3, at the Davis Funeral Home of Riverton.

Billy Bob Pierce was born on March 30, 1927, in Jermyn, Texas, the son of Allen Akard and Lois Chester (Sheppard) Pierce. He attended school in Jermyn and Jacksboro, Texas, and watchmaking school in Wichita Falls, Tex.

Mr. Pierce was an active member of the Hillcrest Baptist Church in Riverton for 51 years, where he served as a deacon for 12 years and as R.A. leader.

He owned Pierce Jewelry from 1964-1993, when he retired to farming, gardening, hunting, and fishing.

He was preceded in death by his parents, an infant sisters, and granddaughter, Tina LaRae Wanner.

Memorials may be made to the Help for Health Hospice Home or Hillcrest Baptist Church, in care of the Davis Funeral Home, 2203 West Main Street, Riverton, WY 82501.