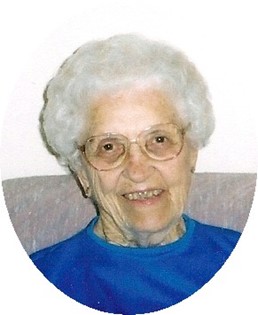 Guestbook 2
Irene C. Guilford of Riverton died at the Help for Health Hospice Home in Riverton on Monday afternoon, April 4, 2011. She was 93.

A gathering of friends and family will be at 3 p.m. on Wednesday, April 6, at Mountain View Cemetery in Riverton where her cremated remains will be buried next to those of her husband.

Irene C. Lacy was born in Harrison, Neb., on Oct. 11, 1917, the daughter of James and Theresa (Staudenmier) Lacy. She moved with her family from Harrison to Dubois in 1923.

Mrs. Guilford was a member of the St. James Episcopal Church in Riverton.

Her family said she enjoyed playing bridge and golf, was a member of a bridge club, and a charter member of the Riverton Country Club maintaining her membership from 1960 to 1998. On July 3, 1970, she scored a hole-in-one on Hole-2

She is survived by her son, Michael "James" Guilford and his wife Nancy of Ventura, Calif.; a granddaughter, Carma Gallerani and her husband Gaetano of Switzerland, their two sons, Felice and Giorgio.

She was preceded in death by her husband, Mike Guilford on April 8, 2002, and her sister, Eva Harris in January of 2005.

Memorials may be made to the Riverton Senior Center or Alzheimer's of Wyoming, in care of the Davis Funeral Home, 2203 West Main Street, Riverton, WY 82501.