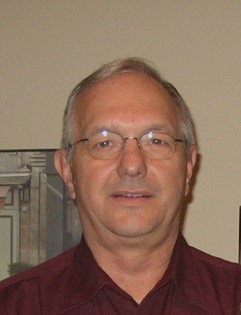 Guestbook 2
Vernal “Gene” Warnock age 67 passed away on March 29, 2011 at UAB Hospital in Birmingham, Alabama after a short battle with cancer. He was born to Vernal Lyle Warnock and Jantine Warnock in Port Angeles, Washington June 24, 1943. The family lived in Dubois, Wyoming where he grew up with a great love of the outdoors that included hunting, fishing and skiing. In 1957 they moved to Riverton, Wyoming where Gene attended school until graduating in 1961. After leaving Riverton, he moved to Denver where he lived and worked until 1966 when he enlisted in the US Army. He became duel qualified as a fixed and rotary wing pilot, ultimately earning his master Army Aviator Wings. During his tour in Viet Nam he flew the notorious Cobra Helicopter. While serving in the army, he was stationed several different places one of which was Germany where he met and later on married Maria Brinson. As his army career continued he became a father in December 1972 when their first son Tony was born at Fort Hood, Texas. His second pride and joy was another son Michael who was born on March 1975 in Killeen, Texas. Gene continued his army career until February 1989 when he retired as Airfield Commander at Lawson Army Airfield, Ft. Benning, Ga. He had earned the rank of Lieutenant Colonel and earned several awards such as the Distinguished Flying Cross, The Legion of Merit and The Air Medal just to mention a few. After retiring from the army Gene continued to do as he always advised his sons “do what you love and love what you do” which in his case was flying. As a corporate pilot he was captain of a King Air 350B and Citation Jet. He continued flying until 2009 at which he retired for a second time. Mr. Warnock is preceded in death by his parents Vern and Jan Warnock. He is survived by his wife Maria, Sons TonyWarnock and wife Angie, and Michael Warnock, Sister Joanne Dalley and Brother-In-Law Jim Dalley, Granddaughter Toni Nicole Warnock. Uncle Raymond Warnock and wife Ruth. Aunts Shirley Wallace, Bonnie Thomas & husband Ralph. Father-In-Law Harlin Brinson & wife Theresia, Brother-In-Law Robert Brinson & wife Kathy, Sister-In-Law Debbie Laureta, Theresia Howe & husband Shawn and several cousins, nephews & nieces. Funeral Services will be at the Davis Funeral Home at 2:00 Saturday April 9, 2011 with burial at Mountain View cemetery. Viewing will be held from 6:00 to 7:30 p.m. Friday at Davis Funeral Home. Donations to Brain Cancer Research in care of www. Gaininglife.org would be appreciated by his family.