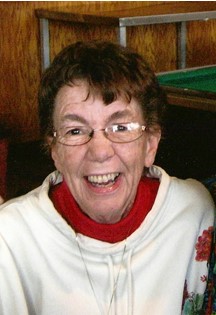 A celebration of life/open house will be held from 1 to 5 p.m. on Saturday, April 9, at The Boot in downtown Riverton. Cremation has taken place.

Roxanne Irene Pierce was born in Billings, Mont., on Jan. 20, 1943, the daughter of Clark Fred Pierce and Winifred (Dabner) Pierce. She grew up in Billings and was a graduate of Billings Senior High School.

Mrs. Strand was a homemaker, having married Charles E. Strand in Billings in 1961.

For 20 years, she worked in the family business, Roxanne Gifts, which was named for her by her mother.

She moved to Riverton from Billings in 1996.

Mrs. Strand traveled to craft fairs throughout Wyoming and Montana with her sister, Penny Castle, selling their hand-made wares.

She was a life member of the B.P.O. Does.

Survivors include her sons, Mark Strand and his wife Stacy, and Richard Strand; daughter, Heidi Strand-Davies and husband Darren; two grandchildren, Alex and Amanda; a brother, Fred Pierce II and his wife Jean, all of Billings, and her sister, Penny Castle and husband Rod of Powell; and Hot Rod the cat.

She was preceded in death by her parents, her husband, and a grandson, Kyle.