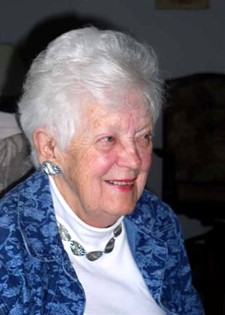 Cremation has taken place and her cremated remains will be returned to Minnesota, to be joined with her husband’s remains, for memorial services at a later date. No services will be held in Dubois.

Harriet Elmira Rome was born in Wayzata, Minn., on Dec. 10, 1913, the daughter of Harry Elmer Rome and Minnie (Stafney) Rome.

She was a homemaker, wife, and mother, having married Roy Anthony Berset on Dec. 15, 1934, in Minneapolis, Minn.

Mrs. Berset was of the Christian faith. She sang in the Union Congregational Church in St. Louis Park (Minn.) for many years, many times as a soloist. She was a member of the Emily Rixson Circle of the Women's Fellowship. She delivered Meals on Wheels, was involved in many projects through the church, and was a founding member of the Northshore United Church of Christ in Woodinville, Wash.

The Berset family lived in Minneapolis from 1934 until they moved to St. Louis Park, Minn., in 1944. The couple retired in 1983 and moved to Bothell, Wash. They moved to Dubois in 1992 to be near family. Mr. Berset died in 1995 in Encampment where they had moved to live with their daughter, Carole and son-in-law Travis Boyd, after Mr. Berset suffered a stroke. Following his death, Mrs. Berset moved back to Dubois.

In Dubois, Mrs. Berset joined the Never Sweat Needlers Quilt Guild, learning to quilt after the age of 80, she had her work displayed in the annual quilt show, and made quilts for many family members.