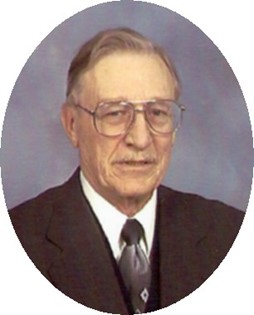 Guestbook 3
The Rev. Dr. Harold R. Hurt of Shoshoni died at the Lander Regional Hospital on Sunday afternoon, April 24, 2011. He was 83.

Harold Ray Hurt was born in Greenfield Township, Jones County, Iowa, on May 26, 1927, the son of Floyd W. and Clara Elizabeth (Steffy) Hurt.

His family said education was very important to him and he taught shop, history, and drivers' education before entering the ministry. He had also worked as a carpenter.

The family said he enjoyed woodworking, especially free handed carving, coached softball, was an avid reader, and played golf when he was younger.

He was preceded in death by his parents; a grandson, Murl, and three brothers.

Memorials may be made to the Shoshoni Senior Center or the Shoshoni Community Presbyterian Church, in care of the Davis Funeral Home, 2203 West Main Street, Riverton, WY 82501.