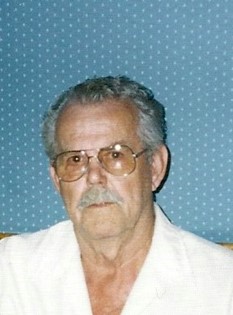 Guestbook 4
C.J. Bruton of rural Shoshoni died on Sunday morning, April 24, 2011, at Wind River Healthcare in Riverton. He was 81.

Cremation has taken place with family services and scattering of ashes to be held at a later date.

C.J. Bruton was born in Pruitt City, Okla., on Feb. 12, 1930, the son of Charles Jefferson Bruton and Ann Willougby (Bruton)Walker. He graduated from Jordon High School, Long Beach (Calif.), with the Class of 1947, excelling as a high school football star. He later coached Young American Football in Farmington, N.M.

Mr. Bruton joined the Navy Reserves when he was 17 years old and later served two years with the U.S. Army during the Korean War. On Jan. 27, 1957, he married Virginia "Gini" Kading in Huntington Beach, Calif.

He worked as a drilling supervisor and oil field consultant throughout the Western United States, in Saudi Arabia, Turkey, and Peru, then moved back to the Riverton area 20 years ago.

Mr. Bruton was of the Methodist faith.

He was preceded in death by two sisters, a brother, and his parents.