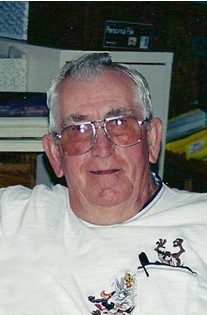 Guestbook 6
Funeral services for George O. Thornburg of Riverton are at 10 a.m. on Saturday, May 7, at the Davis Funeral Home of Riverton. The Rev. John Harrington officiates. Interment, with military honors, to include his grandson-in-law Ryan, will be at Mountain View Cemetery in Riverton. Visitation is from 6 to 7 p.m. on Friday, May 6, at the funeral home. Mr. Thornburg died at his home in Riverton on Monday, May 2, 2011, at the age of 73. George Ona Thornburg was born in Thermopolis on April 23, 1938, the son of Ona Ray Thornburg and Margaret May (Fultz) Thornburg. On Nov.16, 1965, he married Barbara Alethea Clapp in Evanston, Wyoming. Mr. Thornburg served with the U.S. Navy. He was a heavy duty equipment mechanic, working road construction into the early 1970s. He then went to work for the Lucky Mc Mines as a heavy equipment mechanic until 1984 when he joined Hawthorn Caterpillar in San Diego. He retired in 2000. Mr. Thornburg was a member of the Wind River Muzzle Loaders and his family said he enjoyed shooting, fishing, going to auctions, and spending time with his friends and family. Survivors include his sons, Glenn Fullmer of San Diego, Calif., Jim Fullmer of San Diego, Mike Machacek and wife Brandy of Albuquerque, N.M., and Tim Thornburg and wife Julie of Pavillion; a daughter, Ashley Desimas; grandchildren, Samantha Anderson and husband Ryan, Aaron Fullmer, Candice Fullmer, Marie Machacek, and Michael Machacek II; two great grandchildren, Taylor and Tristen. He was preceded in death by his father, his mother, His wife, a brother James Thornburg, and a sister Francis Braise Thornburg. On-line obituaries are available and condolences for the family may be made at: thedavisfuneralhome.com Services are under the direction of the Davis Funeral Home of Riverton.