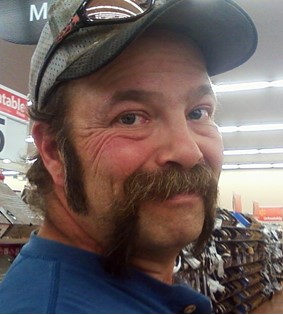 Guestbook 9
Memorial services for Kelvin R. "Kelly" Rose of Dubois are at 2:00 p.m. on Saturday, May 14, at Dubois High School in Dubois. Cremation has taken place.

Kelvin Ray Rose was born in Riverton on July 5, 1965, the son of Ronald and Patricia (Titterington) Rose. He grew up in Cordova, Alaska, and was graduated from Dubois High School with the Class of 1983.

He married Diana M. Mefford, together they had two children Elizabeth and Jessica. They later divorced.

Mr. Rose was a commercial fisherman. He also worked as a truck driver, stagecoach driver, horse trainer, and roughneck in the oil fields.

He was of the LDS faith.

He was preceded in death by his paternal grandfather, Ray Rose, and maternal grandparents, Frank and Betty Titterington.