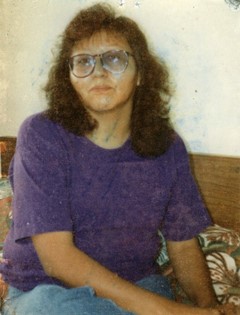 Edna Washington was born in Riverton on Nov. 26, 1962, the daughter of Otto and Lucille Marie (Dewey) Washington. She was a life-long resident of the Wind River Indian Reservation, having graduated from St. Stephen's Indian School with the Class of 1982.

Mrs. Washington was a homemaker, having married Terrence White Antelope on Nov. 8, 1984, at St. Stephen's.

She was of the Catholic faith and member of the St. Stephen's Catholic Church.