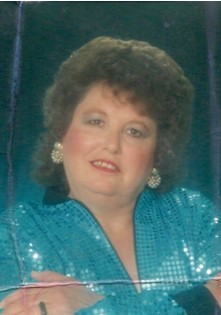 According to her request, cremation has taken place. There will be no services. A celebration of life luncheon for family and friends was held Saturday afternoon, May 14, at the Comfort Inn in Riverton.

Dianna Kay Wilson was born on July 20, 1944, in Holdrege, Neb., the third child born in a family of nine children of David H. "Jeff" Wilson and Lois I. (Snodgrass) Wilson. She attended schools in Holdrege, Wheatland, Guernsey, Boulder, and was graduated from Pinedale High School in 1963.

She did yard work with her Grandfather Snodgrass in Holdrege, worked at the local motels in Pinedale, doing the baking, worked at the Tibbbal's Ranch in Boulder, Gordan's Flying A Dude Ranch, Hines in Thayne, the Daniel Café and helped her mother cook and care for hunters that visited the family home, Silver Creek Outfitters, every fall.

In 1963-64, while working at the café in Daniel, she met her future husband, Ed Alexander. They were married and had two sons -- Lonnie and William. The four of them made homes in Daniel, Big Piney, Jackson, Thayne, and Pinedale. In 1978, the family moved to Park, Kan., where they lived until the boys grew up and left home.

Mr. and Mrs. Alexander moved back to Wyoming in 1987, with Mr. Alexander taking a job driving truck for BTI. They bought a home in theLost Wells Butte area.

Memorials may be made in her name to a charity of the donor's choice.