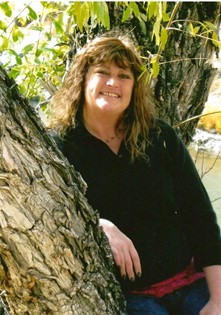 Cremation has taken place and memorial services will be held at a later date.

She married Gene Moore in 1986 in Las Vegas, Nev. They later divorced, but remained friends.

She worked as a waitress, coming to Shoshoni five years ago after several years living in Powell. She had lived in several other places before moving to Powell.

Her family said Mrs. Moore enjoyed fishing, animals, crafts, farming and spending time with her two boys who were very important to her. They also said she had a good sense of humor and was a hard worker.

Survivors include her sons, Chris and Nathan of Shoshoni and Kenneth Lee of Minnesota; her mother, Beverly Higginbotham of Rawlins; a brother, David Magarahan of Billings, Mont.; a sister, Lisa Brossious of Powell.

She was preceded in death by her father.

On-line obituaries are available and condolences for the family may be made at: TheDavisFuneraHome.com