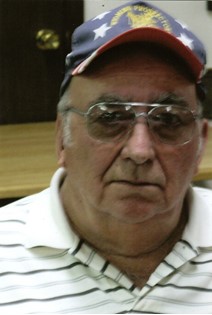 Murray J. Palmer of Kinnear died at the Help for Health Hospice home in Riverton Saturday night, May 28, 2011, at the age of 74. He had battled cancer since October of 2010.

Memorial services are at 11 a.m. on Monday, June 6, at the Davis Funeral Home of Riverton with Echo Klaproth officiating with military honors. Cremation has taken place.

Murray James Palmer was born in Helena, Mont., on May 4, 1937. He spent some of his childhood in Palisade, Minn., and Casper but his family said he considered his family ranch, The TE Ranch north of Hanna, as his childhood home. He was graduated from Hanna High School with the Class of 1955.

The family said he enjoyed the solitude of sheep herding in his teenage years and also joined several other ranches for the spring cattle roundups on the Wyoming Red Desert.

He served with the U.S. Army from 1960-62, stationed at Fort Hood, Texas, and Fort Bragg, N.C., attending survey school and eventually sighting in heavy artillery. His time with the Army was extended during the Berlin Blockade crisis.

After discharge, Mr. Palmer worked winters in Arizona and summers in Montana on the Elkhorn dude ranches. There he met and married Deb "Ralphie" Usher of Winchester, Mass., at Lone Mountain Chapel in the Gallatin Gateway Canyon, Mont., on July 8, 1962.

Mr. Palmer's career was as a trucker, owner/operator, loading and hauling logs for many of those years. He lived and raised his young family in a timber camp on Spruce Mountain in southern Wyoming in the 1960s. He later hauled crude oil, soda ash, sulfur, gravel, and asphalt until his retirement in 2003. Work took him to several states -- Arizona, Idaho, New Mexico, Montana, and California, but his family said he always returned to his home state of Wyoming, living many years in Encampment and Star Valley. Early in his career he had hauled cross-country for Mayflower and other companies but the family said he preferred trucking locally. He had been a resident of Kinnear/Riverton since 1982.

Memorials may be made to the Help for Health Hospice Home or Amedysis Hospice in care of the Davis Funeral Home, 2203 W. Main Street, Riverton, WY 82501.