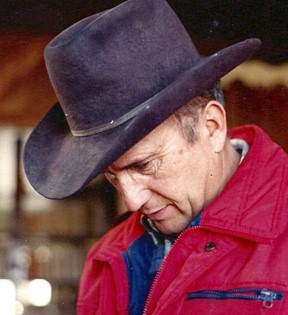 Robert (Bob) D. Robertson, a long-time Lander resident passed away on May 31st, 2011 after a courageous battle with cancer. He was born on November 8th, 1937 to William and Ann (Kolman) Robertson Jr in Lander.

A Rosary will be 7:00 p.m., Wednesday, June 1, 2011 at the Holy Rosary Catholic Church in Lander. A Mass will be 10:00 a.m., Thursday, June 2, 2011 at the Church with military honors. Cremation will follow the service and burial at Mount Hope Cemetery will take place at a later date.

Bob married Nancy Phillips on August 12th, 1961 and they had one daughter and four sons. He served our country during the Cuban Crisis as a Staff Sergeant of the National Guard. After this service he worked for the Department of the Interior as a Range Conservationist until retirement.

An active member of Holy Rosary Catholic Church, Bob played music with the choir and was a 4th degree Knights of Columbus. He loved boating, camping, hunting spending time with his family and many friends. He also loved riding his bike and going for walks.

His parents, Bill and Ann Robertson and his son, Dale Robertson, preceded him in death.