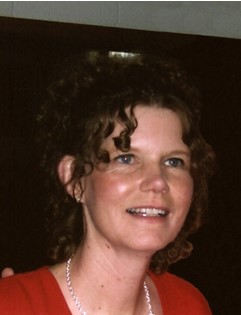 Funeral services will be held at Davis Funeral Home on Wednesday, June 8, 2011 at 2 pm. with burial following at Mountain View Cemetery.

Carol was born in Riverton,Wyoming on October 17, 1960, to Wilford and Naureen Franklin. Carol was raised in Riverton, Wyoming and graduated from Riverton Highschool in 1979.

Carol married Dennis Simpson in December 1980. Carol and Dennis spent there time together living in Fremont County and raised three children. Carol put in 20 years working in the Kitchen at the Wyoming Life Resource Center in Lander, Wyoming.

Carol enjoyed spending time with her family and grandchildern, going to garage sales, planting flowers, helping others, going to church and telling people about Jesus and the word of the God.

Carol is preceeded in death by her Father, Wilford Franklin in 2002 and Mother Naureen Franklin in 1996, both of Riverton, Wyoming.

Carols deepest wish was that everyone accept Jesus Christ as their personal Lord and Savior and that she see everyone in Heaven someday.

To work for the Lord does not pay much here on Earth but the retirement plan is out of this World!