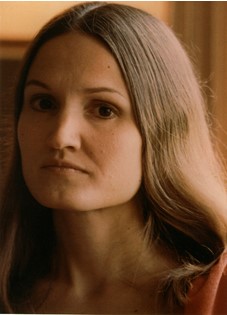 Guestbook 8
Funeral services for Deanna B. Goodmundson of Riverton are at 2 p.m. on Thursday, June 9, at the Davis Funeral Home. The Rev. Sally Bub officiates and interment follows at Mountain View Cemetery in Riverton.

Deanna Beatrice Daniels was born in Northport, Neb., on June 15, 1941, the daughter of Edward and Margaret (Wagner) Daniels.

She was graduated from Riverton High School, Central Wyoming College with honors, and received her Bachelor's degree and did graduate work at the University of Wyoming.

She worked as the director of homeless shelters in Lexington, Neb., and Moab, Utah.

Her family said she was proud of her children and grandchildren and loved her many pets. She was a talented painter and was loved by many men.

She was preceded in death by her parents and her only brother, Sky Daniels.

Memorials may be made to the American Society for the Prevention of Cruelty to Animals in care of the Davis Funeral Home, 2203 W. Main Street, Riverton, WY 82501.