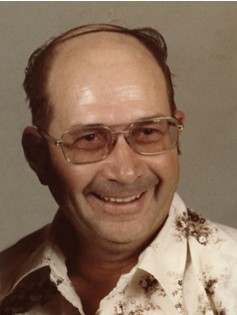 Daniel R. "Dan" Higgs died at his home in Riverton on Thursday, June 2, 2011, following a lengthy battle with cancer. He was 77. Cremation has taken place. Memorial services will be held 2:00 p.m. Mon. June 20, 2011 at the V.F.W. Hall in Riverton. Scattering of his ashes will take place at a later date. Military Honors will be held. Daniel Raymond Higgs was born in Gordon, Neb., on Oct. 17, 1933, the son of Joseph Franklin Higgs and Ruby Louise (Eichenberger) Higgs. The family moved to the Higgs homestead at Buckhorn Flats out of Riverton in 1935. In the late 1930s/early 1940s, they moved to the location in Riverton that is now 610 West Fremont. He attended elementary school at the old Jefferson School in south Riverton and was graduated from Riverton High School in 1953, having lettered in track. Mr. Higgs was drafted into the U.S. Army later in 1953 and served his basic training at Fort Ord, Calif. He was transferred to Fort Leavenworth, Kan., and spent time at Fort Jay in New York state as well as a year at Fort Orleans in France. He returned to Riverton from active duty in September of 1955 and was a member of the Army Reserves until Oct. 5, 1961, when he received his honorable discharge. Mr. Higgs worked many jobs as a youth growing up in Riverton -- sweeping floors, delivering papers, setting pins, etc. Upon returning to Riverton from France, he went to work for his father, Joe Higgs at the Advance Plumbing Shop. He later bought the business from his father in 1978. He met his future wife of 45 years, Norma Marie Cole, at the Ben Franklin Store and they were married on Dec. 3, 1960, in Lohrville, Iowa. During the 1950s and 60s, his family said Mr. Higgs enjoyed stock car racing and was one of the volunteers who helped to build the original track located outside of Hudson. The family said he also enjoyed fishing the high country lakes above Dubois in his younger years, often accessing them via hiking or horseback. He was described as an avid bowler and the family said one of his proudest moments came in Albuquerque, N.M., in 2000 when he received a plaque for bowling in 25 consecutive ABC National Tournaments, a streak that began in 1976 in Oklahoma City, Okla. He continued that streak for two more years, attending his last national tournament in Billings, Mont., in 2002, for a total of 27 consecutive years. His family said Mr. Higgs also enjoyed hunting, fishing, playing cards, spending time with his grandchildren, and attending the bi-annual Higgs and Eichenberger family reunions. He is survived by his son, Forrest James Cole and wife Maureen Bernadette; two granddaughters, Brenda Marie and Sarah Danielle, and grandson, James Matthew. Mr. Higgs was preceded in death by his father, Joseph Franklin Higgs in 1982; his brother, Lloyd James Higgs in 1989; his mother, Ruby Louise Eichenberger Higgs in 1998; his sister, Francis Louise Higgs Marrou in 2002, and his wife, Norma Marie Everhardt Cole Higgs in 2005. Memorials may be made to the Help for Health Hospice program or the Help for Health Hospice Home, in care of the Davis Funeral Home, 2203 West Main Street, Riverton, WY 82501. On-line obituaries are available and condolences for the family may be made at: thedavisfunerahome.com Services are under the direction of Davis Funeral Home.