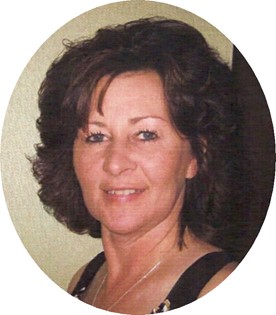 Guestbook 24
Funeral services for Patricia Ann "Patty" Forbis of Riverton are at 10 a.m. on Tuesday, June 14, at St. Margaret's Catholic Church in Riverton. Cremation will take place after the service.

Donations to the Patricia Forbis Memorial Fund in care of Wyoming National Bank, 304 E. Main, Riverton, Wyoming 82501, would be appreciated by her family.

Patricia Ann Reed was born in Rawlins on June 22, 1961, the daughter of Paul Leonard Reed and Lorinde Theresa (Francis) Reed. The family moved to Riverton from Rawlins in 1977. She was graduated from Riverton High School in 1979 and took two years of college accounting courses

She married Kevin Forbis on June 23, 1979, at St. Margaret's Catholic Church in Riverton.

Mrs. Forbis was of the Catholic faith and had been baptized at St. Joseph's Catholic Church in Rawlins.

Mrs. Forbis worked as a bookkeeper who worked for Brunton for 20 years and, for the last 11 years, for High Plains Power in Riverton.

Her family said Mrs. Forbis enjoyed her family, grandchildren and was God mother to several babies in the family, fishing, yard sales, slot machines, traveling, family gatherings, and her favorite holiday party was the pumpkin party.

She was preceded in death by her father, Paul Reed in 1976; her grandparents; nephews, Paul Romero and Daniel Reed.