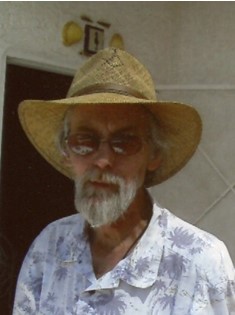 Guestbook 4
Ronald J. "Ron" Moser died at his home in Dubois Saturday morning, June 11, 2011. He was 56. Funeral services are at 2 p.m. on Saturday, June 18, at the Dubois Church of Jesus Christ of Latter-day Saints with President Stone Baker and the Rev. Melinda Bobo officiating. Interment follows at the Dubois Cemetery. Ronald J. Moser was born in Jackson on April 18, 1955, the son of Dee and Louise (Merritt) Moser. He was graduated from Jackson High School. He married Margery F. DeSpain at the Dennison Lodge in Dubois on May 10, 2008. Mr. Moser was a salesman of Sysco Products until his health failed. While in high school, he had worked with his father at Moser Wholesale in Jackson as a delivery person. He was a member of the Lions Club and his family said he enjoyed hunting, fishing, woodworking, working with leather and beads. Survivors include his wife, Marge Moser of Dubois; his parents, Dee and Louise Moser of Jackson; brothers, Dennis Moser and his wife LeAnne of Cedar City, Utah, Jim Moser and wife Amy of Bedford, Wyo., and Paul Moser and wife Dixie of Smoot, Wyo. Memorials may be made to Amedysis Hospice or Amedysis Home Care, in care of the Davis Funeral Home, 2203 West Main Street, Riverton, WY 82501. On-line obituaries are available and condolences for the family may be made at: thedavisfunerahome.com Services are under the direction of Davis Funeral Home of Riverton.