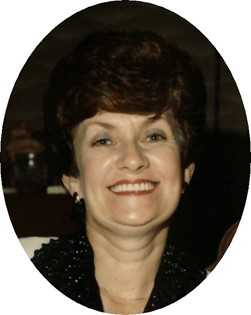 Guestbook 6
Funeral services for Shirley M. Sauer of rural Riverton are at 10 a.m. on Wednesday, June 22, at the United Presbyterian Church of Riverton with the Rev. Linda Norris officiating. Interment follows at Mountain View Cemetery in Riverton.

A viewing is from 5 to 7 p.m. on Tuesday at the Davis Funeral Home of Riverton.

Shirley May Morrow was born in Rock Springs on June 17, 1935, the daughter of Matthew Morrow, Jr., and Wilma (Wall) Morrow. The family lived at Superior, Wyo., where she attended school and was graduated in 1953.

Mrs. Sauer was a homemaker, having married Robert L. Sauer whom she met in Superior, Wyo., where she worked for the Union Pacific Railroad's coal company after high school, weighing coal cars and doing office work. They were married on Nov. 25, 1955, at St. Paul's Evangelical and Reformed Church in Riverton. The couple lived at various locations throughout Wyoming, including in a mobile home on the prairie at Home on the Range, the predecessor to Jeffrey City.

In Riverton, she worked for several years as a typist for the Department of Revenue.

Her family said she was especially known for growing roses and was known as "The Rose Lady." They said she enjoyed sewing, cooking, handy work, yard work, canning, cleaning, tea parties, and family life.

She was preceded in death by her father, Matthew Morrow, Jr.; her mother, Wilma Josephine Morrow, and her grandparents, Wilma and Mathew Morrow.

Memorials may be made to the National Alzheimer's Research Foundation or the Help for Health Hospice Home in care of the Davis Funeral Home, 2203 West Main Street, Riverton, WY 82501.