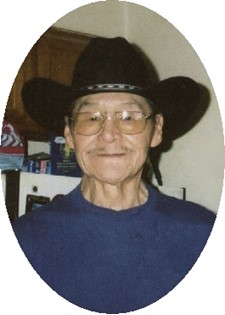 There will be a Rosary at the family home, 150 Sagebrush Drive, beginning at 7 p.m. on Tuesday, June 21.

Joseph Charles Goggles, Jr., was born at Fort Washakie on June 27, 1938, the son of Joseph Goggles, Sr., and Emma Lavina (Friday) Goggles. His Indian name was Nii'hii'nen, meaning Eagle Man. He lived all his life on the Wind River Indian Reservation.

Mr. Goggles worked most of his life as a ranch hand at the Arapaho Ranch, and also worked in construction and at the Atlantic City Iron Ore Mine.

He was of the Catholic faith and belonged to the Native American Church.