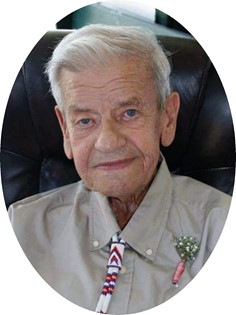 
A Memorial Service for James “Jim” E. Eager, 82, who died Monday, February 15, 2016 at the Help for Health Hospice Home. Services will be held on Saturday, February 20, 2016, 2:00 p.m. at Davis Funeral Home with Pastor Echo Klaproth officiating. Cremation has taken place.

In 1955, Jim began his teaching career. He taught school in Kansas, Colorado and Wyoming and also did a lot of educational consulting. After he and Imy retired from teaching, they started an award making business called Sports Enterprises in Laramie until they sold it in 1992. They then became snowbirds living in Yuma, AZ during the winter months and Riverton during the winters before finally settling in Riverton year round.

Jim enjoyed woodworking, fishing, hiking, camping, horse-back riding and small game hunting. Jim’s favorite sport was swimming, which made it a great time when he and Imy were in charge of running swimming pools.