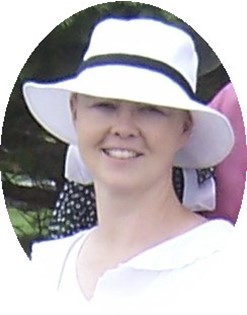 Guestbook 38
Michelle Y. Snelling of rural Riverton died at her home on Friday, Nov. 14, 2008, two years and four months after being diagnosed with cancer. She was 38 years old. Funeral services will be at 10 a.m. on Wednesday, Nov. 19, in the theater of the Robert A. Peck Arts Center on the campus of Central Wyoming College in Riverton. Burial will follow at Mountain View Cemetery in Riverton. Michelle Yvonne Major was born in Laramie on Oct. 2, 1970, the daughter of Wanda and Wayne Major, Jr. She was graduated from Riverton High School in 1989 and received an associate's degree in nursing from CWC in 1991, and her Bachelor's degree in nursing from the University of Wyoming in 2005. She practiced nursing in Lander and was a traveling nurse in Wyoming and Wisconsin for a number of years. She was a nursing instructor at Central Wyoming College before being diagnosed with cancer in July of 2006. She married Andy Ray Snelling of Riverton on Dec. 19, 2005. Her family said Mrs. Snelling especially enjoyed her new career as a ranch wife, working along side her husband in all aspects of ranching. She is survived by her husband; her parents; a sister, Shawna Major of Bozeman, Mont; a brother, Brent Major of Laramie; paternal grandparents, Wayne and Rama Major of Riverton; a special friend, Tiffany Rieckenberg; numerous aunts, uncles, cousins, and precious friends. On-line obituaries are available and condolences for the family may be made at: thedavisfuneralhome.com Services are under the direction of the Davis Funeral Home of Riverton.