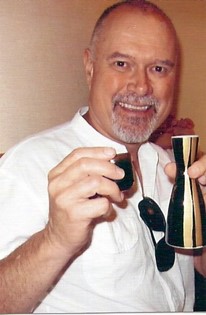 Cremation has taken place. A memorial service will be Saturday, September 3, 2011, 10:00 a.m. at the Davis Funeral Home of Riverton, followed by inurnment at Mountain View Cemetery in Riverton.

A memorial service/celebration of life will be held at 10 a.m. on Tuesday, July 26, at the Bear Valley Church in Lakewood, Colo.

He was graduated from Riverton High School in 1973 and the University of Wyoming in 1977 with a degree in accounting. At the university he was active in Sigma Chi fraternity, Young Republicans, and collegiate 4-H. During college, he spent one summer in Washington, D.C., where he was an aide to U.S. Sen. Clifford Hansen. His family said this started his love of travel and, over the years, he was able to travel across most of the United States, South America, and Russia.

Mr. Donelson worked as an accountant in Casper and started several small businesses before he moved to Denver and was graduated from Denver Conservative Baptist Seminary with a Master of Divinity degree in counseling and worked as a counselor with churches in Denver. He started his private practice in Christian counseling, which ended in 2008 when he went overseas with Operation Iraqi Freedom and Operation Enduring Freedom, based in Iraq and Afghanistan as a counselor with KBR. He continued his counseling with Military and Family Life Consultant until his death. During his three years overseas, he was able to enjoy travel in many countries, including South Africa, Thailand, Germany, The Netherlands, Austria, Italy, Slovenia, Croatia, and the Philippines.

His parents preceded him in death.