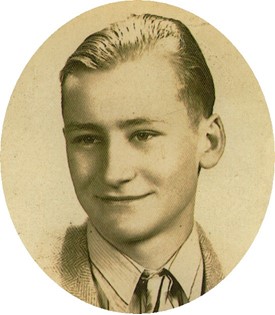 Funeral services are at 2 p.m. on Monday, Nov. 28, at the Davis Funeral Home of Riverton.

Perry Eugene Pasley was born in Brownstown, Ill., on Aug. 23, 1926, the son of Harold and Edna (Sawyer) Pasley. He grew up in Brownstown.

He married Edith Goodwin together they had four children and were married for 16 years. They later divorced.

He was a company man, tool pusher, and driller in the oil fields and worked throughout the United States, wildcatting across the Rocky Mountains. He worked with Prairie Drilling Co. with Bill Sauers and was known as "Prairie Dog." His family said he was proud to work in the oil industry as he was proud to serve with the military during WWII.

Mr. Pasley was of the Christian faith.

He belonged to the Veterans of Foreign Wars in Riverton.

His family said he enjoyed fishing and hunting, and camping while raising his family.

He was preceded in death by his parents; his wife, Edith; a son, Jerry Michael Knight in 1995; brothers, Don and Mark, and a sister, Marilyn.

Memorials may be made to the Hospice Home, in care of the Davis Funeral Home, 2203 West Main Street, Riverton, WY 82501.