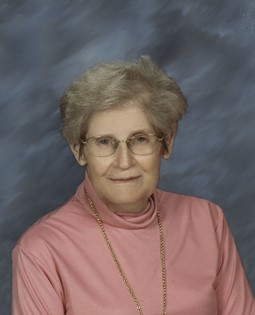 A memorial service will be held at 11 a.m. on Saturday, Jan. 7, at Faith Lutheran Church in Lander.

She was educated in Minnesota and South Dakota, and was graduated from St. Lucas Hospital in Faribault, Minn., 1945. She worked for 25 years as a registered nurse while raising a family.

She married Edward N. Range in Minneapolis, Minn., in 1946. Together they raised four children.

Mr. and Mrs. Range lived in Fort Washakie between 1968 -1974. They then moved to Ashland, Wis., for 12 years. After Mr. Range's death, Mrs. Range moved back to Lander to help her daughter and son-in-law operate Sleeping Bear RV Park. They said she enjoyed meeting all the visitors and workers at the park.

She was involved with many church and community activities wherever she lived. She was a firm believer in Al-Anon and loved to sing and play the piano.