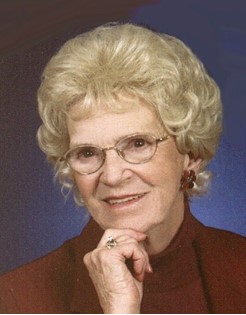 Georgine Lee was a woman of much variety. Whether as wife, mother, artist, bookkeeper or friend, she wore many hats. No matter what role she tackled, one thing for sure is that her family was always proud of her. Her children thought she was a beautiful woman with a classic and elegant sense of style.

Georgine came from modest means where her parents were Nebraska dairy farmers. She turned ten years old when the Great Depression began and her life was shaped by it ever after. Her parents provided for them, but enough food and a small home was about all they had. Shoes, clothing and the barest necessities were hard to come by. She left home on her fourteenth birthday to earn her room and board with another family, the Beatties, who became very dear to her and with whom she maintained life-long friendships.

One of the things that was impressive – or perhaps which was impressed upon her children! – was how hard she worked. As a child she became the typical farm kid of that era who did daily chores taking the place of a hired hand, bringing in the cows, milking them morning and night, carrying water to the house, weeding the garden and tending her younger brothers and sisters. Work was essential on the farm and central to her being during her childhood, teen years and throughout her life.

When Georgine met her future husband, Gene Lee, one of the things that impressed her (aside from him being an extremely handsome man), was that he was a very hard worker. The two of them were a very well-matched pair and were married in 1940.

In their early years, Georgine and Gene built a trucking business and established the Northside truck stop in Lusk. When they moved to Riverton they built another gas station, had a car dealership, café and liquor store and antique car museum, with Georgine working alongside Gene, keeping the books and records. Independently, during the 1950’s Georgine taught school and was the Welcome Wagon hostess during Riverton’s big uranium boom years. She belonged to Chautauqua Club, helped charter the first DAR club in Riverton and was extremely active in the Wind River Art Guild. Georgine was once a contestantin the Mrs. Wyoming contest, but lost primarily because she wasn’t much of a cookie baker! In 1963 six of her artworks were selected to be a part of the Western States Artists special exhibit at the Louvre and other art museums throughout Europe.

Being an artist was what Georgine liked the most and most wanted to be. Above all the other passions and talents she had, she enjoyed painting the most. She loved the art guild and loved sharing this interest with fellow artists. She admired their works and hers were appreciated by them as well. She liked learning new techniques and was mentored by Temple Dahl, her dear friend for decades. Georgine would try to get all her work completed quickly so she would have time to paint, often writing passages on the back of her paintings revealing her thoughts, humor, concerns or emotions that had stirred within her as she painted that day. Throughout her lifetime, Georgine created more than 300 paintings and 50 sculptures.

Georgine and Gene worked together but they also knew how to have fun. After a long work week, on Saturday nights they joined friends for dinner and dancing. They both loved to dance and after they retired they took all kinds of dance lessons, everything except ballet and breakdancing. There were many Saturday nights spent at the Odd Fellows Hall square dancing to Johnnie LeClair’s calls and everyone’s kids went too.

In the late 1960’s they sold their businessesto Ron Bailey and traveled to Europe, Scandinavia, the Middle East and all 50 of the United States. Mom went to China, sans Gene, and was in Beijing during the Tiananmen Square massacre in 1989.

Georgine and Gene had been married 57 years when Gene died in 1997. Making the best of a lonely life, missing Gene, their dancing and socializing together, Georgine became active in the Riverton Senior Center and for many years continued to drive alone to Yuma where they had a small, winter home for many years.

Georgine lived alone for ten years until she was 88. She moved to Homestead Assisted Living for 2 years, then to Carmichael, California for a year and a half. In October, 2011 Georgine returned to Riverton and to her home that she and Gene had owned for more than 60 years.

Georgine had wit and tremendous sense of humor. Even with extreme dementia she could make a pun. In just the last few days of living, she was making gingham napkins and “fringing” them, when she punned, “Boy, I sure have to pull strings around here to get a job!” And then she laughed at her own joke. Suffering from dementia, Georgine realized she was not in her right mind and one night before she went to sleep, said, “Maybe tomorrow I’ll wake up and make something of myself.”

Georgine was preceded in death by her husband, Gene Lee, her parents, Lillian and Clinton Morehouse, her brothers and sisters, Larry, Patricia, Crawford, Bette and Sallye. She is survived by her daughters Sharon Starks, SandieBonsell and Teresa Yates; her sons-in-laws, Earl Starks and Ben Yates; three granddaughters, three grandsons, eight great-grandsons and six great-grand daughters.