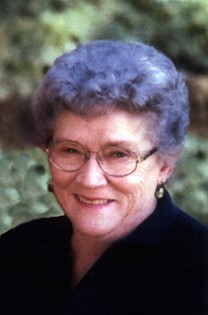 Guestbook 15
Longtime Riverton, Pavillion area resident, Shirely F. Asay, 79, died February 24, 2012 at Riverton Memorial Hospital. There will be a viewing and rosary at Davis Funeral Home, in Riverton on Tuesday, February 28, 2012 starting a 6:00 p.m. a rosary follows at 7:00 p.m.

Funeral Mass will be held at 10:00 a.m., Wednesday, February 29, 2012 at St. Margaret’s Catholic Church. Burial will follow at Mountain View Cemetery in Riverton with a reception following at St. Margaret’s Gym.

She met Kenneth Asay in April 1952 and they were married on September 24, 1952 in Billings Mt. The couple enjoyed living in various states while Ken worked in the oil fields. They then made their home in Lovell, WY for many years while their children were young. In 1967, the Wyoming Game & Fish transferred Ken to the Ocean Lake Unit near Riverton. In 1987, Shirley and Ken built a home, just north of the lake, where they retired.

Shirley and Ken took numerous trips with their camper visiting Alaska, California, and Minnesota. Her family said that she took pride working with her flowers in the yard, enjoyed reading, working on puzzles, and loved spending time with her family and friends.

Memorials may be made to the Donor’s Choice in care of the Davis Funeral Home.